A message from Gilbert and Bethony, Baron and Baroness of Krae Glas
This year’s Day of Honour, our annual premier event, was held in the theme of the Spanish renaissance. Three tournaments were held on this day: archery, rapier and armoured combat. As is traditional for Day of Honour format, the tournaments were held in an open challenge format, so those combatants could fight as much as they wanted. This is the first year we had seen an archery competition at Day of Honour, and it pleases us greatly that participation in archery is growing in our lands. Indeed, the number of entrants were strong across the fields of archery, fencing and armoured combat. The rains held back for the tournaments, and in the evening, a delicious Catalanian feast was served by Lady Ana, including a gingerbread windmill. We would like to thank Obbi for stewarding his second Day of Honour, and thank Lady Ana for her efforts in the kitchen. Special thanks to Master Magnus for coordinating the pavilion set up and loan of his spit, for which we were able to enjoy delicious pork. To the stewards and all who assisted them – hip! hip! Huzzah!

Day of Honour victors
At Day of Honour, the winners of each tournament are those deemed by the populace to have conducted themselves most honourably on the field. This year, the most honourable competitors were:
Archery: Lord Miguel Rodriguez de Santiago
Rapier: Master Wolfram Flammenherz
Armoured combat: Master Magnus Thorbiornson

Prowess was also measured for all three tournaments. All combatants start on 1500 points. Winning a bout results in a person taking 10% of their opponent’s score; losing a bout results in a person losing 10% of their own score. Being a Challenge tournament, anyone can challenge anyone else to a bout at any time. For the Rapier and Heavy tournaments, the diversity of weapons used allowed for combatants to gain extra points at the end of the tournament. The bonus points awarded are based on the fraction of time spent with the combatant’s preferred weapons combination, and is adjusted for their overall win/loss ratio.

Nobody expects the Spanish Inquisition! The winner of the torture device category was: Squire Nikopheros Gorgonites 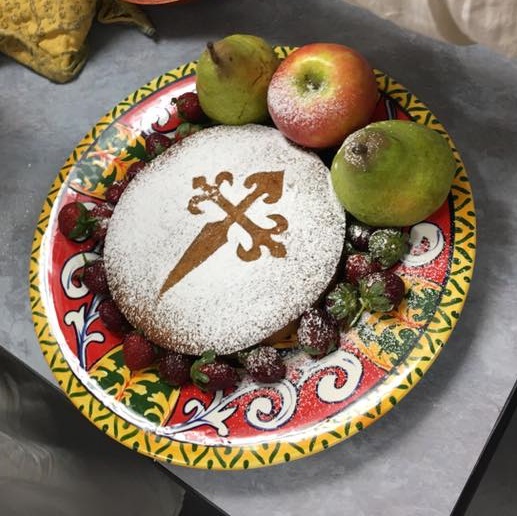