Awards are a way to acknowledge and thank members of the SCA who have excelled in their work, be it artistic, in combat, or service. Their work can be undertaken in their local group, the wider kingdom, or both. To this end, there are two broad tiers of awards that members of Kraé Glas can receive: Baronial awards, and Kingdom awards.

Within the greater Kingdom of Lochac (encompassing Australia and New Zealand), which Kraé Glas is a part of, the King and Queen can also recognise people’s contribution to the SCA. These awards cover a lot of different areas — there are awards for people interested in medieval and renaissance arts and sciences, for scribal arts, equestrian activities, archery, rapier, armoured combat, teaching, entertainment, and service to the society.

There is a summary (quite a long one) of all the kingdom-level awards at http://history.lochac.sca.org/kingdom-awards

In the Barony of Kraé Glas, the Baron and Baroness can award people who are members of the local group, or are from outside of the area but have assisted the barony in some way. These awards are kept track of by the group herald, but do not confer any special titles or terms of address. The awards are listed below.

These are small tokens given as personal thanks by the baron and baroness of Kraé Glas. They are often small items, such as pewter buttons or rings.

Order of the Dolphins Endorsed (formerly the Baronial Endorsement):

The first Baron and Baroness of Kraé Glas, Cormac Lenihan and Elspeth Caerwent, founded this award in 2011. 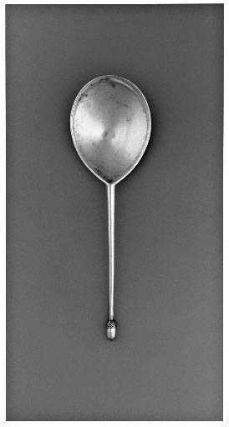 Order of the Spurtle:

The first Baroness of Kraé Glas, Elspeth Caerwent, wished to recognise those who have helped the Barony in the culinary fields – whether it is by preparing, cooking, serving or helping in the kitchens. Hence in 2011, the Order of the Spurtle was founded.

The symbol is a small silver spoon.

There are three variations, Martial, A&S and Service. This award recognises someone who has excelled in one of the above areas. They don’t need to be the best fighter, but it could be someone who has assisted with lists or promoted fighting, as an example.

The symbol of the order is a dolphin haurient, with a red, green or blue stone dependant. Red symbolises martial, green symbolises A&S and blue is for service.

Order of the Delphinus Dionysi (formerly the Etruscan Dolphin):

The first Baron and Baroness of Kraé Glas, Cormac Lenihan and Elspeth
Caerwent, founded this award in 2013. There is a legend, that the Grecian god Dionysius disguised himself as a handsome boy and wandered along the beach. Some pirates saw and kidnapped him, as they thought he was a wealthy prince they could ransom.
While at sea, Dionysus invoked his divine powers, terrifying the pirates so much that they jumped overboard. However, Dionysus took pity on them and transformed them into dolphins so they could travel afar and provide help for those in need.

To recognise those who have travelled from outside of the barony to assist it, the Order of the Delphinus Dionysi is awarded. The symbol of the order is a dolphin haurient, dependent from a pearl.

Order of the Starling:

The first Baron and Baroness of Kraé Glas, Cormac Lenihan and Elspeth Caerwent, founded this award in 2012.

The Welsh bards tell of how Branwen ferch Llŷr, one of the three matriarchs of the Mighty Dyfed, called upon a starling in her hour of need to carry a message across the Irish sea. Likewise Kraé Glas, on occasion, has mighty deeds done for it. To honour such deeds the Order of the Starling is awarded to the most worthy of its people.

The badge of this order is a starling volant bendwise azure, winged Or.

A scroll has been given to each of the recipients of this order. Below is an example of one such scroll, presented to Thorgrim Dvegr, Elder of the Hamlet of Groenaholar. 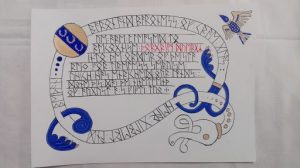